The Government of the United States continues its hostility against Cuba, with increased aggressiveness in recent months. The tightening of the blockade, its marked extraterritorial nature, application of the Helms-Burton Act and other mechanisms and additional sanctions constitute the principal obstacle for the socio-economic development of the Cuban nation, an attack on its sovereignty and flagrant violation of the principles of International Law.

We, the peoples of the world, need the example of Cuba and therefore, we have the commitment to defend it from the attacks of Yankee Imperialism and to support it in the fulfillment of its noble aspirations to build a prosperous and sustainable nation, with the slogan of José Marti which says: Whoever rises up today with Cuba, rises up for all times!

Inspired by the legacy of Fidel, and throughout over 150 years of struggle, resistance and victory of this heroic nation; proud of the steadfastness and iron-clad unity of the Cuban people before the obsessive economic war, aggressive escalation and hostile policy of Yankee Imperialism, the 1332 delegates of 86 nations, meeting on the 1 to 3 of November of 2019,

We thank Cuba for its hospitality and its solidarity with all the peoples of the world. We support all its efforts for the unity and integration of our nations, for which our forefathers fought so hard.

We recognize that, despite the limitations brought Cuba by the economic barrier policy, its Socialist Revolution has achieved that its people enjoy the rights and freedoms fundamental for the full development of all Cubans, without resorting to neoliberal formulae. Moreover, its constant internationalist practice has contributed to the development of human rights in many countries in the world.

Long live the friendship among our peoples! 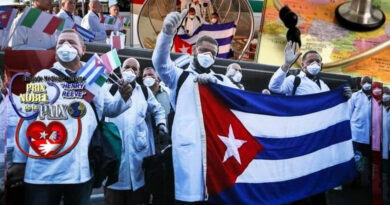 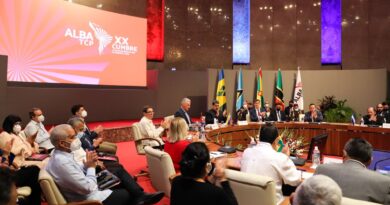 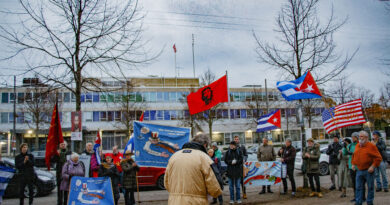