Statement by Cuba to the United Nations. Security Council Quarterly Open Debate on the Situation in the Middle East, Including The Palestinian Question. New York, 29 April 2019.

We endorse the statement by the Bolivarian Republic of Venezuela on behalf of the Non-Aligned Movement.

The Cuban delegation regrets that since the last open debate on this issue there has been no progress in favor of the just cause of the Palestinian people. On the contrary, a dangerous aggravation of the deterioration of the situation on the ground has been perceived in the last quarter.

While commemorating a year of the Great Return March, Israel continues to use indiscriminate and disproportionate force against tens of thousands of Palestinian civilians in Gaza, who peacefully demonstrate to put an end to the illegal Israeli occupation, to the blockade of the Gaza Strip, and for the realization of all the rights of the Palestinian people.

It is very regrettable that this body, due to the repeated interference of the United States delegation, does not condemn the escalation of violence and the tragic events that took place in the Gaza Strip since March 30, 2018.

The Cuban delegation reiterates the strong rejection of the disproportionate and indiscriminate use of force by Israel against Palestinian civilians in the occupied territories, including East Jerusalem and particularly the Gaza Strip, in flagrant violation of the Charter of the United Nations and the International Humanitarian Law.

We reiterate our condemnation of the illegal establishment and expansion of Israeli settlements in the Occupied Palestinian Territory and the demolition or confiscation of Palestinian property. All these measures, together with the blockade of the Gaza Strip, violate the Fourth Geneva Convention and erode the viability of a solution based on the creation of two States.

We reiterate the call to the Security Council to fulfill the responsibility granted to it by the UN Charter to maintain international peace and security. The Council must demand an immediate end to the occupation of the Palestinian territories and aggressive policies and colonizing practices, as well as compliance with resolutions on the situation in the Middle East, including the Palestinian question, approved by that body, particularly the resolution 2334 (2016).

We reaffirm the unrestricted support for a comprehensive, just and lasting solution to the Israeli-Palestinian conflict, based on the creation of two States, allowing the Palestinian people to exercise the right to self-determination and to have an independent and sovereign State with the pre-1967 borders, with East Jerusalem as its capital, and the right of refugees to return.

We express to the Palestinian government and people our unwavering solidarity and support for the admission of Palestine as a full member of the United Nations.

We reject the unilateral action of the United States government to recognize the city of Jerusalem as the capital of Israel, as well as the withdrawal of financial support to the Relief and Works Agency for Palestine in the Middle East, all of which sharpens even more tensions in the region and deepens the precarious humanitarian situation of the Palestinian refugees.

We express the strongest condemnation of the decision of the United States government to recognize the occupied Syrian Golan as a territory of Israel, which constitutes a serious and flagrant violation of the Charter of the United Nations, of International Law and of the relevant resolutions of the Security Council, in particular resolution 497 of 1981.

This new Washington maneuver that violates the legitimate interests of the Syrian people and the Arab and Islamic nations will have serious consequences for stability and security in the Middle East and will further increase tensions in this volatile region.

We will continue to support the demand of the Government of the Syrian Arab Republic to recover the Golan Heights, and once again the total and unconditional withdrawal of Israel from the Syrian Golan and all occupied Arab territories.

We reject the fabrication of pretexts and concepts to try to legitimize in this Council, the unilateral use of force and aggression against sovereign States.

We demand respect for multilateralism and the end of double standards, the cessation of interference in internal affairs, foreign aggression and sponsorship of terrorist groups to promote instability and conflicts in the Middle East.

Thank you very much 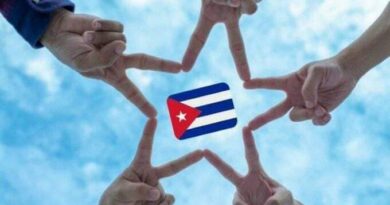 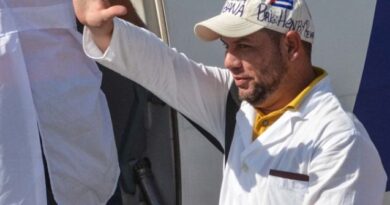 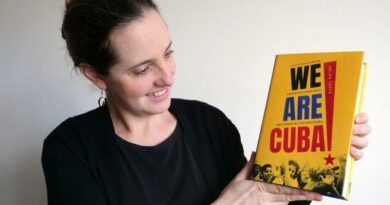 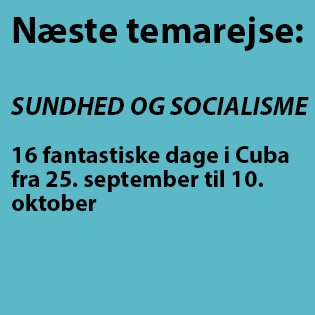